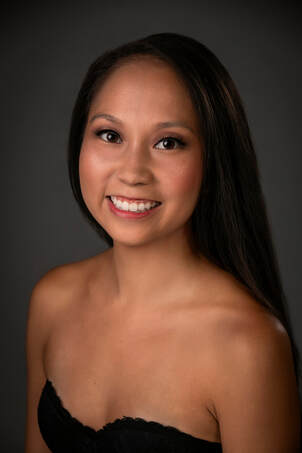 Molly Ahler was born in South Korea and raised in Tempe, Arizona. At the age of ten, she began her training with Nadja Langenhorst at Jeanne’s School of Dance. During her pre-professional training, Molly was a part of Yen Li Chen’s “The Nutcracker '' dancing the role of Snow Queen and Dew Drop. She also briefly danced with the pre-professional company, Ballet Etudes. Her training then continued at the University of Arizona where she received her BFA degree. Molly was awarded scholarships for summer programs at American Ballet Theatre, Milwaukee Ballet, and BalletMet. She has been fortunate to perform in various classical repertoires such as La Bayadere, Serenade, Swan Lake, and Jardin Animé.

Upon her graduation, Ms. Ahler received a contract with Florida Dance Theatre where she has had the distinguished privilege of performing in New York City at the APAP conference at the Lincoln Center as well as the 39th annual Battery Dance Festival in Battery Park. Molly is extremely humbled by the many roles she has been able to perform while with FDT. Such roles include Juliet in “Romeo and Juliet”, The Sugar Plum Fairy, Snow Queen, Dew Drop, Arabian in “The Nutcracker”, Kitri in Don Quixote pas de deux, Lucy in Dracula, the lead couple in Jerry Opdenaker's "See, Here, Speak" and Sharon Wong's "The Duet".   Ms. Ahler has especially enjoyed dancing in heavily acting roles with her time at Florida Dance Theatre, especially Tinkerbell in “Peter Pan”, Veruca Salt in “The Golden Ticket”, and an evil Step-Sister in “Cinderella.”